A solid backswing is a foundation for great shots on the golf course. It sets up everything that follows for the rest of the golf swing, from the downswing to the strike of the ball and the follow-through. Most players, especially amateur golfers, can often get caught up in the abyss of technique, trying to improve their performance. So, we've put together 8 fundamental movements that make up a good golf backswing

Why You Need a Good Backswing

In other words, a good backswing is all about accuracy and distance. It presets the golf club in an ideal position for a square swing path as well as a square club face through impact- the two main ingredients for accurate shots.

Before we get started, it's important to point out that this golf instruction assumes you have already developed a solid golf grip and golf stance. It would be best to start with these two articles if you're yet to, since a good backswing is hugely dependent on your setup.

The first thing you have to focus on when working on a good backswing is to ensure that your left elbow does not bend at any point. That means your left arm should remain straight from the minute your address the ball to the point your reach the top of the backswing. Only your right arm should have a bit of bend, while you also let your shoulder turn naturally.

Some golfers incorrectly allow the elbow to bend, particularly at the end of the backswing, in an attempt to bring the club further back and generate more clubhead speed for the downswing. That said, it's still not advisable, especially when you're trying to learn proper technique.

2. Left Heel Stays on the Ground 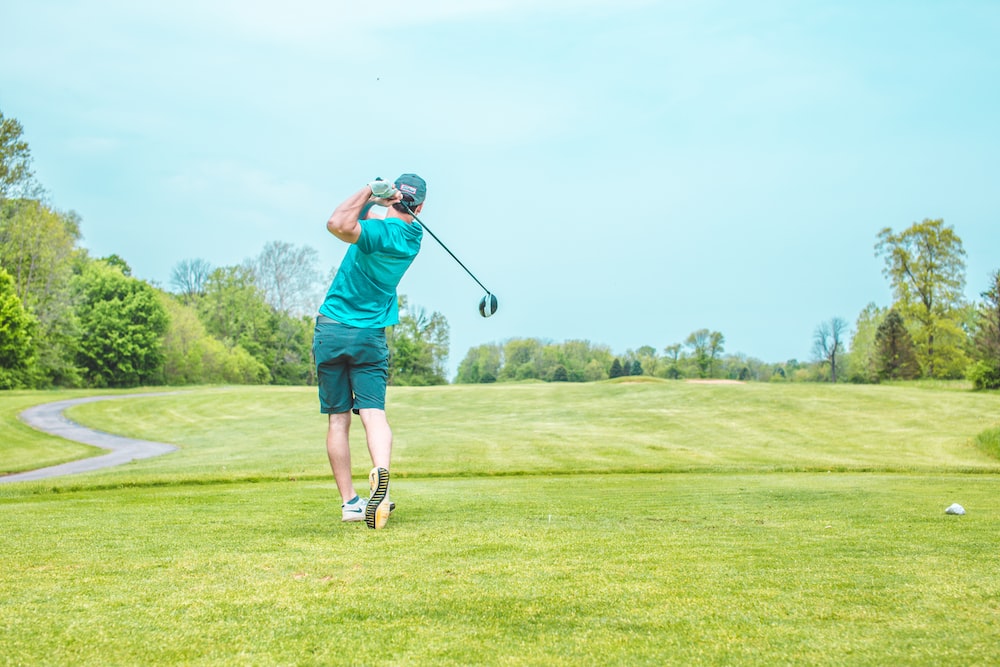 Your left heel should always remain on the ground as you bring the club up during the backswing. Amateur golfers fall into the trap of raising their heel so as to bring the clubhead further back and generate as much clubhead speed as possible on the downswing.

While a number of prolific golfers have lifted their left heel off the ground throughout their entire cares, it's normally not advisable or applicable for most golfers. However, it's worth mentioning that some golfers can actually stand to gain from lifting their left heel since it may allow for a complete turn and swing, especially when flexibility issues make it harder.

3. Right Knee Has Some Flex 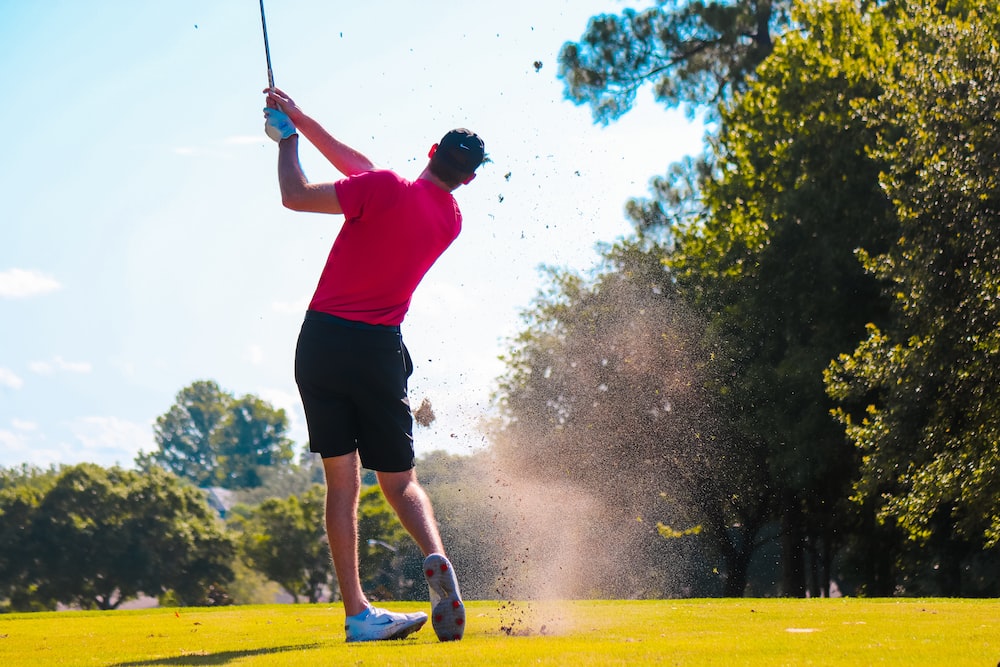 The right knee should retain some level of flex during the entire backswing. In fact, if possible, the right knee should maintain the same bent angle set while setting up the address position or an angle very close to it. In contrast, straightening the right leg en route to the top of the swing dramatically changes the hip angle as well as the swing path angle- it should be avoided at all costs.

Failure to retain a degree of flex in the right knee will usually lead to locking your right knee swing error, hence changing the angle in your hips. Ultimately, this leads to an inside-out club path.

4. Left Knee Points at the Golf Ball During the Swing

Most of your body moves towards the right foot during the backswing. Therefore, your left knee should be limited from moving sideways too much. Instead, it should move only to a point where it points towards the ball or a spot in the middle of your stance.

If your left knee collapses and moves too much towards your right foot, it could lead to a reverse pivot swing error.

5. Hips Rotate during the Backswing 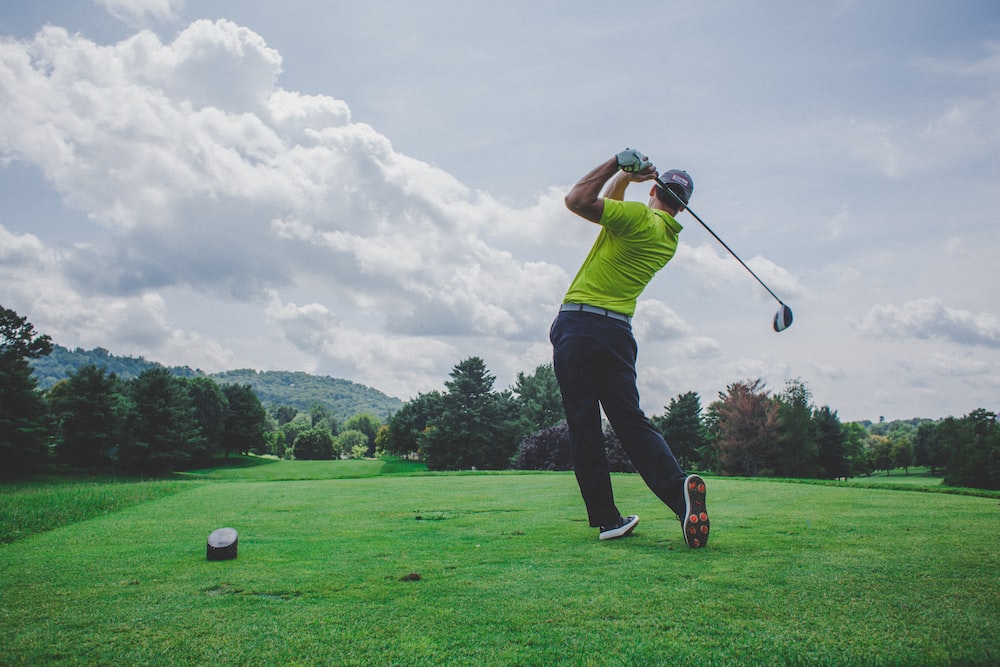 Not rotating your hips, which is called an all-arms swing, means you don't set your body up correctly for impact.

As much as your body weight shifts to your right foot over the course of the backswing, the weight transfer should be natural. That means it should happen through your hips rotation and having your arms on your right.

Dropping your hips backwards towards the right foot to transfer your body weight is known as sliding. Sliding makes up the first part of the swing golf swing error.

7. Head Stays in the Same Position 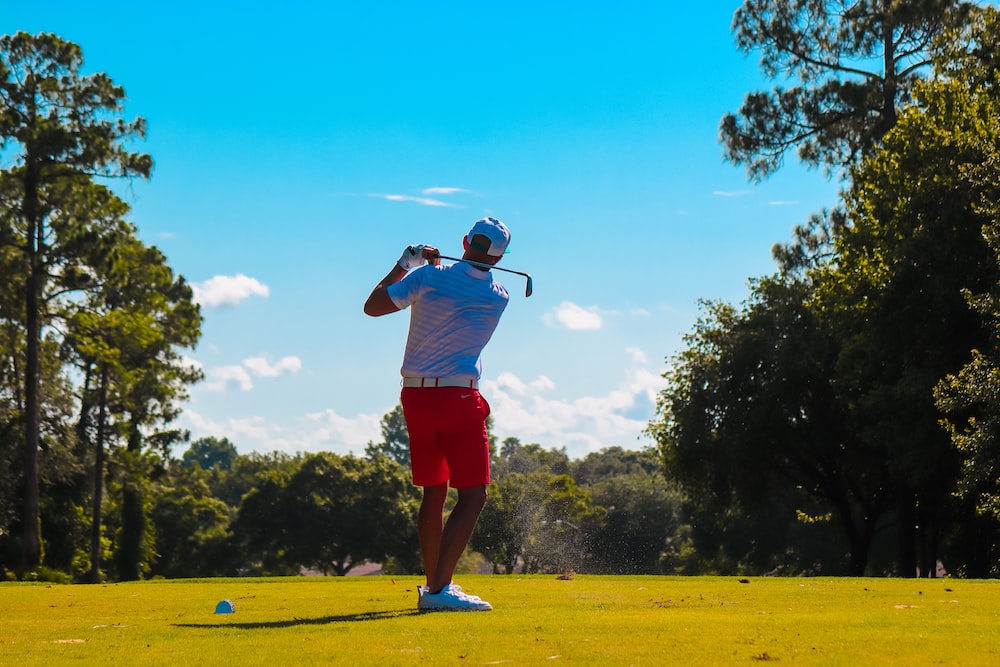 As we've mentioned above, your spine angle should be kept intact during the backswing. This also includes maintaining your head in the same position. Over the course of the backswing, your head should neither move much from its original position, either vertically or horizontally.

8. Weight Moves to the Right Foot during the Backswing

During the backswing, your body weight should shift towards your back (right) foot. That's because moving your weight towards the front foot leads to a reverse pivot swing error.

Learning how to move your weight back and forward carefully promotes a solid and strong ball strike.

Remember, It's Slower than a Downswing

A good golf swing must show a good rhythm. This is characterized by swings that transition from one step to the next as one smooth motion. The backswing is particularly crucial as it sets the pace for the whole swing.