Tiger Woods Golf Clubs – How Tiger Won The Masters in 2019 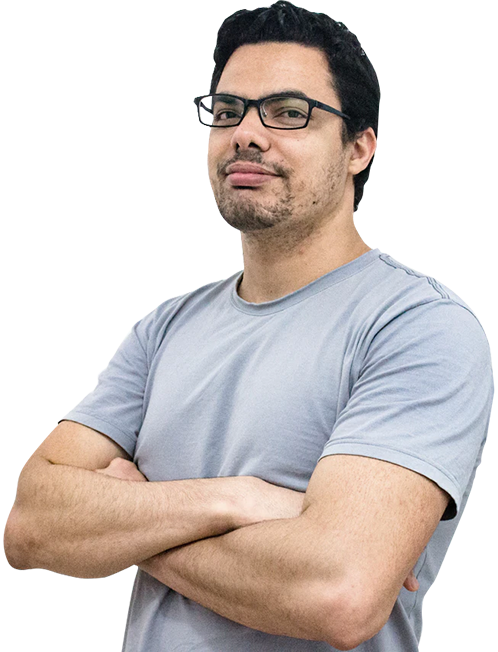 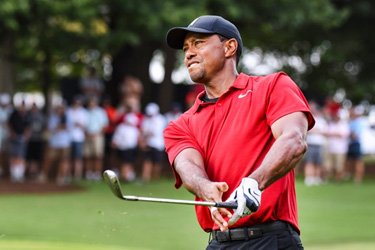 Tiger Woods has done the impossible. 3 955 days after his latest major title he did it again, at Augusta in 2019. With tears in his eyes, he told reporters that it feels unreal - and he sure did prove the doubters wrong.

After 4 back surgeries and over 11 years, it was time for Tiger to win his 15th major title. Only 2 years ago he claimed it was "bad enough that he couldn't get up out of bed".

Tiger Woods Left it late at the Masters

Adding to the excitement, around 10 players still had a chance at the title during the 2019 Masters when the final day arrived with Tiger Woods 1 strokes behind Francesco Molinari.

But with 2 straight Birdies at 15 and 16 he arrived at the 18s green with family and friends watching and he could comfortably take the title back and close in on Jack Nicklaus lead at 18 major titles.

The Leaderboard at The Masters 2019.

Click on any product to check out pricing and deliveries at Amazon!

The Golf Clubs Tiger Woods used at The Masters 2019

Like us, you must be pretty interested in what Golf Clubs Tiger used at Augusta this year. To wield the same clubs as the goat is a dream for many - and soon this dream can come true. But it will cost you!

To all of our knowledge, Nike stopped making golf clubs a while back and it can't have gone unnoticed that Tiger was a big fan of both branding himself in Nike but also using their clubs.

Now there is a new chapter in the Tiger's life when it comes to gear and we will delve a bit deeper into which clubs he used at the masters this year!

The Driver and Spoon Tiger Woods use

Tiger used a TaylorMade M5 460 (with a Mitsubishi Chemical Diamana D+ White Board 73TX Shaft). The driver is lofter 9 degrees and this shaft is actually lighter than the ones he usually uses but it seemed to have worked fine.

The Driver must be that club that comes least as a surprise as he has been using the M-series a while now.

"I have never felt this good with a driver", Tiger said after an impressive win at Augusta. 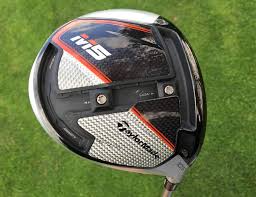 If you follow this link you can check out pricing at Amazon for the Taylor Made M5 Driver!

Like a lot of players he did not use his driver at every tee, but also his M5-spoon (Mitsubishi Chemical Diamana D+ White Board 83TX shaft) that was very strong lofted at 13 degrees and would be classified as a 3W.

He did apply a lighter shaft on both this and his 5W TaylorMade M3 (Mitsubishi Chemical Diamana D+ White Board 83TX shaft), and it was lofted at 19 degrees.

We are down to the irons!

Tiger hit over 80 percent of all of Augusta's greens, better than any other player in the starting field. This was probably on of the reasons why he ended up winning the whole tournament. 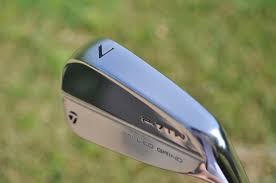 They will be available to order from 1st of May and the price tag for 3-PW is a whopping $2 000. Since this probably only will be for the really privileged we would recommend its sibling the TaylorMade P790. It is a similar club, both in look, feel and level of control/difficulty.

Check out pricing at Amazon for the P790 here.

How long Tiger will stick with these irons remain to be seen, but that he is comfortable without and over his good ol' Nike is to say with certainty.

When it comes to Wedges, nothing really changes there. These are also from TaylorMade and he is using the Milled Grind 56 and 60 degrees (with True Temper Dynamic Gold Tour Issue S400 shaft).

Ah, who can forget?

Tiger Woods and his trusted putter. Tiger was probably the player who raised the most awareness of the Scotty Cameron putters and he has been using pretty much the same since forever. 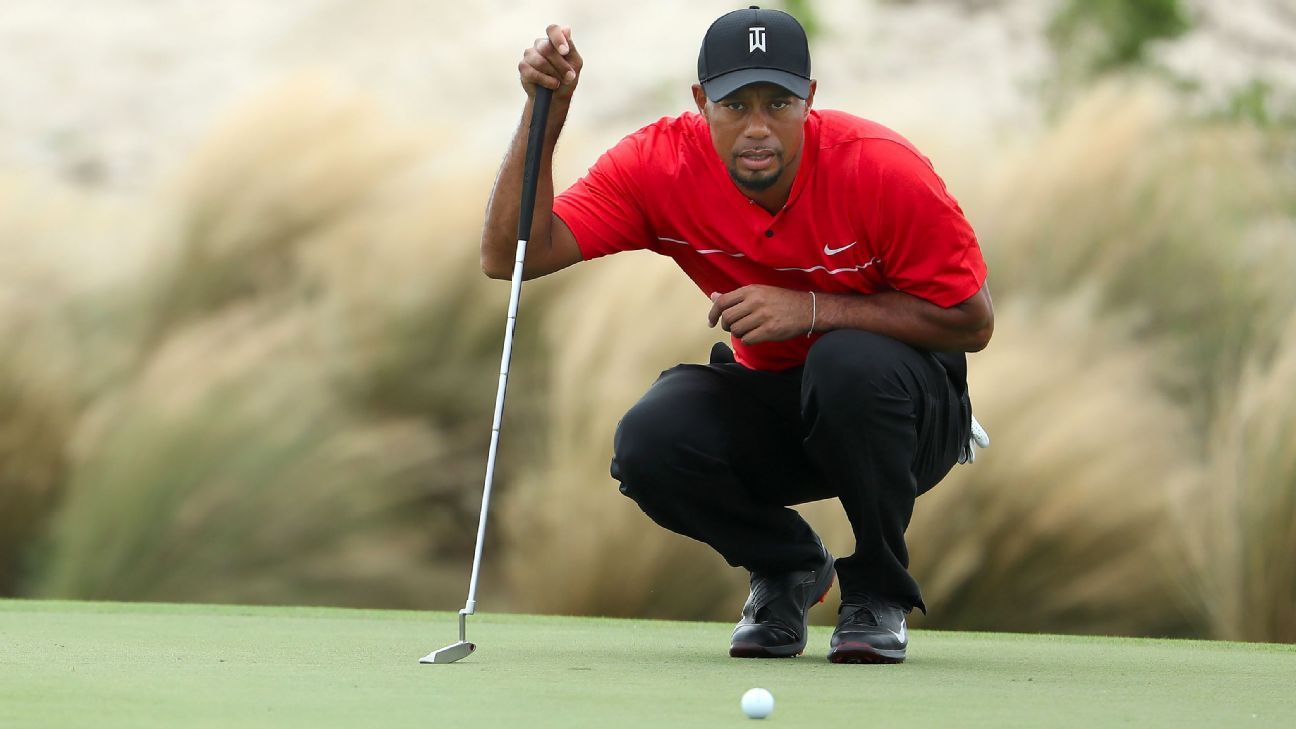 Now we really doubt that he will switch it out again as it seemed to do him good.

We believe that the Scotty Cameron is the best looking putter out there and, what Tiger now has proved, you do not need to replace it in a lifetime.

Are you serious about your golf? Get a putter that you can have forever!

Check out prices at Amazon!

If you want to look at more putters, with a Top List, specifications and reviews - follow this link for The 5 Best Putters 2019!

In 2016, Tiger Woods agreed to sign a contract with ball manufacturer "Bridgestone" and he is currently playing with their "Tour B XS". In 2008, Bridgestone sold out the golfballs Tiger used to win The Masters back then.

But even today, with what some call the greatest comeback in sports ever, Bridgestone claimed they have sold out all Tour B XS to either retailers or distributors, but there are still ways to get your hands on them.

(They come at a pretty reasonable price, as well. Follow this link for prices and deliveries at Amazon or click the image to the right)

Looking for Golf Clubs at your level?

Not everyone has won 15 majors and may not use these kinds of clubs. That's why we have put a whole article with reviews and buyer's guide to aid you in your search for the best iron clubs for you.

"Beginner golf clubs are often called “Game-improvement irons” and aids the golfer in terms of forgiveness and distance. This often reduces “control” in the shot, why better golfers would prefer blades or forged clubs that are less forgiving but add control.

We highly recommend every new golfer (or with higher handicaps) to look for game-improvement irons to improve your game and add forgiveness to poor strikes. This is extra true for golfers who stopped playing years ago and now try to pick up golf again – but with your old clubs!"